The reflection upon my situation, and that of this Army, produces many an uneasy hour when all around me are wrapped in sleep. Few People know the predicament we are in... If I shall be able to rise superior to these, and many other difficulties which might be enumerated, I shall most religiously believe that the finger of Providence is in it. – General George Washington, 1777

Patriot Battles is a unique abstracted game system covering some of the most important and notable battles of the American Revolutionary War. The scenarios included simulate historical troop allocations, command and supply issues, and important battle field terrain considerations. Unit and time scales are entirely abstracted and depending on the scenario, may represent anywhere from a platoon and minutes to a regiment and hours.

Patriot Battles was designed to be a quick, fun, interactive, and easily played turn based combat game. Entire battlefield sections and even entire armies can be commanded with just a few clicks of the mouse. All battles are abstracted to a 16x9 hex grid and most battles can be completed in around 30 minutes. The game's inherent random command point system helps to create tough choices within a turn segment and insures a high amount of replay value within most scenarios.

Patriot Battles includes a wide range of important or notable historic battles from the American Revolutionary War ranging from Bunker Hill to the Storming of the Redoubts at Saratoga. Bunker Hill, Guilford Courthouse, Trenton, Camden and many more...

With the integrated 'Battle Builder' scenario editor, you can create or modify battles, units, or terrain types and effects.
Patriot Battles Battle Builder

With the integrated symbol editor, you can add custom unit or terrain symbols then set their properties in the Battle Builder to suit your scenario's needs.

In order to download this game you must purchase it at or above the minimum price of $19.95 USD. You will get access to the following files: 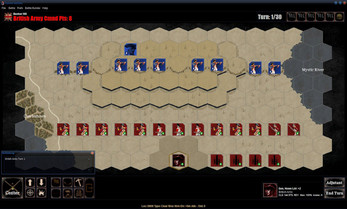 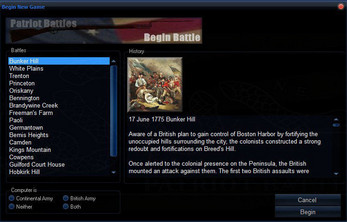 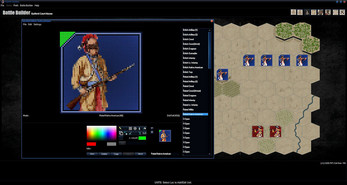